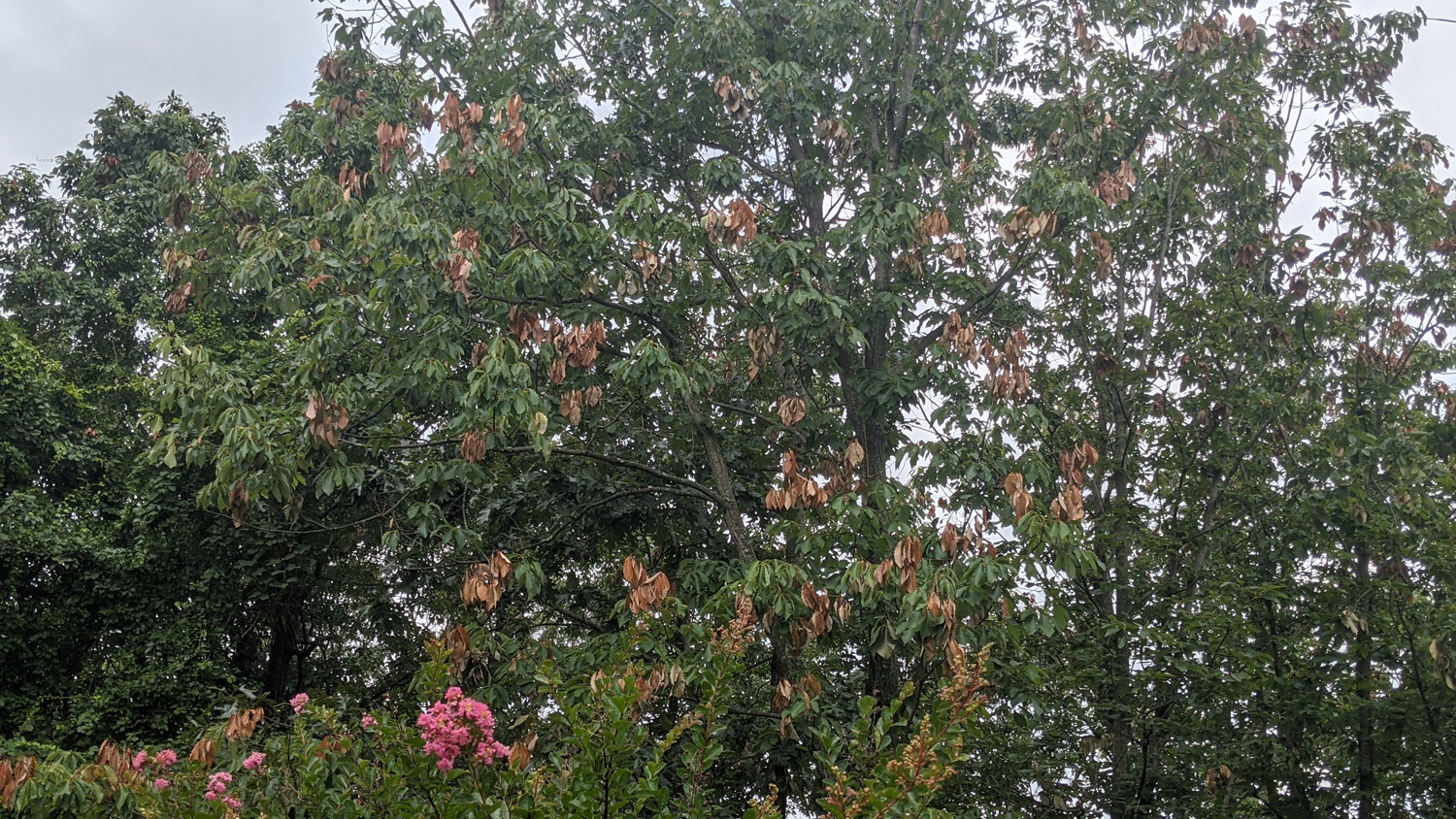 If you’ve recently noticed small branches dying, and the browning of leaves at increasing rates around your property you may be concerned about the well-being of your trees. Throughout the DMV area small branches are dying causing clusters of leaves on those branches to brown and eventually fall to the ground. This is likely nothing to be concerned over for your established trees, the “Tree Flagging” that’s showing up throughout the east coast is the last visual evidence of the Brood X Cicadas completing their life-cycle.

One of the final phases of the Brood X Cicada life-cycle is the females using a sharp appendage on their abdomens to slice open the bark of small, new tree branches and depositing eggs in them. Each female cicada would complete this act 10-20 times during their adult phase before passing. As it turns out, this browning of leaves/small branches on the exterior of trees can be considered nature’s pruning. In the coming weeks, the branches, along with the eggs laid inside them, will fall to the ground and disburse the eggs allowing new cicada larva to burrow and start the cycle all over again. So to recap: Cicadas aerated the soil by burrowing out of it, pruned countless trees throughout the region, allowed local wildlife to flourish from an abundance of food, and fertilized the area’s soil with their nutrient-rich decomposing bodies after they died off. Not all heroes wear capes, some have beady red eyes and two sets of wings.

That being said, if you see dying/rotting at the trunk of the tree, or on larger interior branches of your trees you may need to speak to one of our experts about pruning or removing the tree.