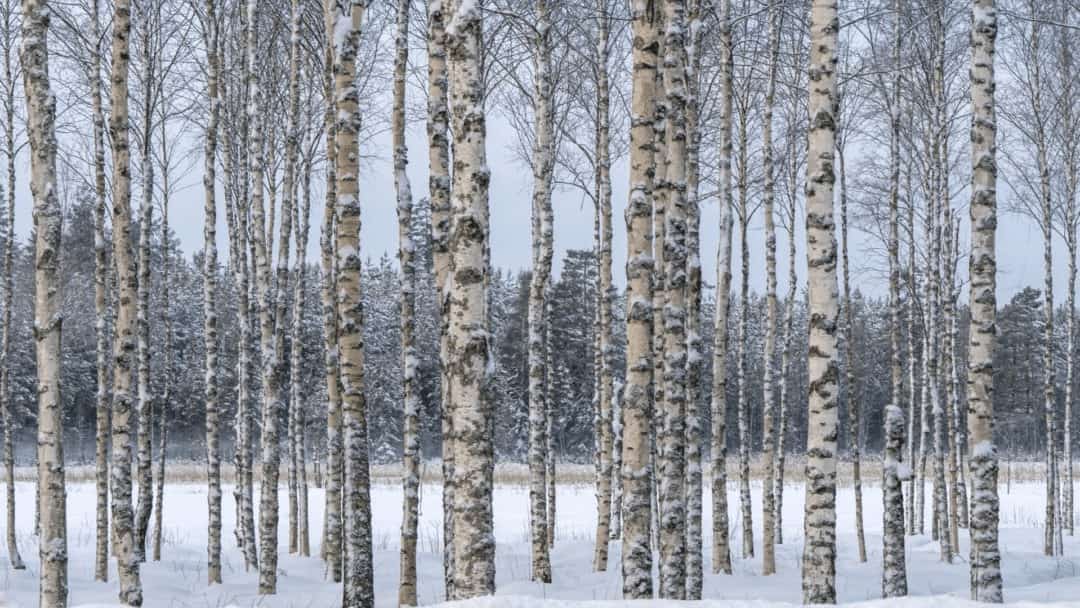 Trees in a forest are usually thought of as fierce competitors, each struggling for control of available light and soil moisture, usually at the expense of neighboring trees. But Canadian researcher Suzanne W. Simard and her colleagues found that Paper Birch trees can actually aid their neighboring Douglasfirs.

Through carefully controlled research, Dr. Simard has documented the transfer of carbon (sugar) from the Paper Birch to nearby Douglasfirs. The transfer takes place through tiny underground strands of beneficial fungi called ectomycorrhizae. These appendages are common on most tree roots. They illustrate a classic symbiotic relationship in that both the host and the fungus benefit from the close association. The fungus obtains a small amount of carbohydrates and vitamins from the tree and in turn greatly increases the absorptive surface of the root. This increases the flow of water and essential elements into the tree roots, especially phosphorous.

Dr. Simard discovered that the mycorrhizae on Birch and Douglasfirs in her research plots interconnected. Sugars flowed between the tree roots, with a net gain for the Douglasfirs. She also found that the more the Douglasfirs were stressed by shade, the more of a sugar fix they received from the Paper Birches.

There may be management applications of this phenomenon. By interplanting the two species, or encouraging natural regeneration of both, the birches may help the longer-lived conifers get a growth boost early in life and at the same time help crowd out competing vegetation in a plantation. Eventually the birch could be harvested when overtopped by the Douglasfirs. As an added bonus, scientists have noticed that birches also have an “antibiotic” effect on soil pathogens that cause root rot.